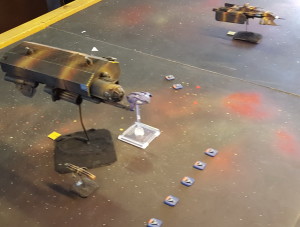 *Editors note, “mercenary [doppelganger] vessels have had to substitute for the warships of various navies as fleet construction facilities catch up with commitments.” 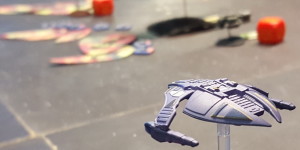 Total destruction of the Zakiyyan Navy was the result.  The system was then occupied by Khalidanian forces and absorbed into the Khalidah Empire.

The repair vessel is now setting up fleet construction facilities in the Zakiyyah system.

A second KIF Fleet composed of 2 battleships and 4 cruisers engaged the fleet of the Ketikan system which felt discretion was the wiser part of valour and fled the system.  The Ketikan system has also been occupied by Khalidan occupation troops.

This has been a busy year. We have renovated and sorted out the shop, put up a new web page (which was far more work than expected) and are now publishing a new blog. Factoring in the non game related world it has been quite an adventure.